The Albums of 1971: The Groundhogs: Split 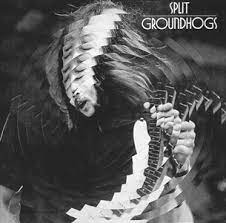 Track List: Split - Part 1; Split - Part II; Split - Part III; Split - Part IV; Cherry Red; A Year in the Life; Junkman; Groundhog
British Blues band The Groudhogs came to prominence in the mid 1960s when they supported John Lee Hooker for his 1964 tour through England (in 1968 they also recorded an album with Hooker). Led by Tony McPhee (the lone constant member since the inception) and after years of probably playing every pub in England they emerged as a potent power trio who hit their apogee in the early 1970s with a cycle of albums including Blues Obituary, Thank Christ for the Bomb, and their 1971 LP Split.
In an era when power trios were everywhere on the rock scene, The Groundhogs sound could be described as somewhere in the zone of Cream, The Jimi Hendrix Experience and Black Sabbath. Lyrically, they were similar to King Crimson. With spare lyrics and an onslaught of guitars, their albums move fast - almost defying time and space. Split was inspired by a traumatic episode experienced by McPhee. During a music festival he suffered a heat stroke and imbibed some bad caanabis leading to a terrifying panic attack.
Thus the first side of Spilt could be described as such, blistering guitars that are both anxiety inducing but also pretty damn infectious. The sound is rawer and more stripped down than Led Zeppelin's, each riff lands like a precision strike. The lyrics create a sense of fractured time and a little madness creeping in. The quartet of "Split" songs suggests a search for spiritual redemption from any source, the Sun and the Quran are referenced, as a last resort. A pure sonic trip, but there's also another side.
The frenetic "Cherry Red" alludes to a mysterious sexual encounter with more spot-on riffs. "A Year in the Life" hints at psychedelia, creating a sense of loss. "Junkman" creates a Sci-Fi atmosphere with its dystopian setting. "Groundhog" is straight up blues, an homage to the John Lee Hooker original.
In 1971 The Groundhogs opened for The Rolling Stones and as the decade progressed, they integrated a prog rock element into their repertoire. While they never broke into the American market like other British bands of the time, their influence on British Rock is unquestionable. Split is a fantastic album from the era and a must listen for power trio devotees, full of mystical power and outstanding musicianship.
Articles Consulted:
https://recordcollectormag.com/articles/the-groundhogs-2
https://www.loudersound.com/features/the-groundhogs-their-path-from-blues-to-something-far-more-progressive
at May 18, 2021

Email ThisBlogThis!Share to TwitterShare to FacebookShare to Pinterest
Labels: 1971, The Groundhogs 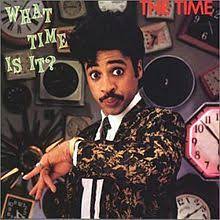