The Albums of 1971: Uriah Heep: Salisbury 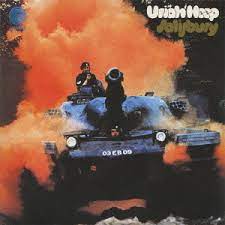 Track List: Bird of Prey; The Park; Time to Live; Lady in Black; High Priestess; Salisbury
Still going strong after 50+ years as a band, Uriah Heep has built a loyal international fan base. While never a critical favorite (rock critics in the 70s competed over who could write the more scathing review) through non-stop touring of 150-200 shows a year and sheer determination Uriah Heep has endured through the decades. They have a new record set to come out later this year.
Uriah Heep's music crosses different sub genres of rock including Hard Rock, Metal, Folk Rock, and Progressive Rock. Salisbury was their second album after their hard rocking debut "Very Eavy, Very Umble." Their sophomore effort featured what would become their trademark sound: bombastic vocals, with muscular keyboards and guitars.
My favorite track is "High Priestess," melodic with some heavy guitar riffs. "Bird of Prey" the opening track is a classic example of hard rock. "The Park" is folk rock with a jazzy interlude in the middle. I'm an agnostic when it comes to prog-rock, I neither love nor despise it. While "Time to Live" and "Lady Black" have hokey lyrics, they are never boring. The final track "Salisbury" runs 16 minutes and prog rock in all its glory - it may test your patience.
In David Simonelli's Working Class Heroes: Rock Music and British Society in the 1960s and 1970s he devoted a chapter to Progressive Rock and identifies two traditions: the Apollonian influence that tends to focus on fantasy and utopia while the Dionysian side is more existential and dystopic. The always eye catching album covers of Prog bands support that interpretation. Prog Rock was also distinctly English, having little interest in working class vibe of early rock music:
They seemed more interested in bringing traditional English values into rock music, as if they wanted to tame it, to make it respectable and comfortable as art. . . In short, progressive rock represented the mainstreaming of rock music in British culture, an unconscious effort to make it acceptable . . . to middle class audiences (159-160).
I suspect the perceived tempering of rock music is why critics reacted so negatively to bands like Uriah Heep, they made rock safe and took away the edge and even revolutionary potential the music once promised. In their defense, Uriah Heep and the musicians they've influenced provided good times for millions. That will be something to reckon with as I continue explore these albums from 1971, popular music seemingly at a crossroads and in conflict over its very purpose with fans, critics, and the culture in general.
Work Cited:
Simonelli, David. Working Class Heroes: Rock Music and British Society in the 1960s and 1970s. Lexington: Lexington Books, 2013.
at May 24, 2021 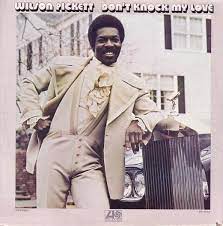