The Albums of 1973: The Rolling Stones: Goats Head Soup 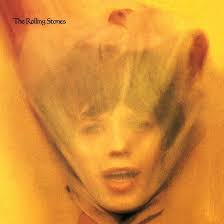 Side Two: Silver Train; Hide Your Love; Winter; Can You Hear the Music; Star Star
The Rolling Stones recorded Goats Head Soup in 1973 on the heels of their masterful double LP Exile on Main Street released the year before. A sense of weariness lingers throughout the record wavering between wistful reflections with remnants of the excess and the blues.
"Dancing with Mr. D" is a menacing rocker that sets a foreboding tone somewhere between hallucination and reality. "100 Years Ago" continues the reflective mode of the album, shifting between a country rock/fantastical pastoral that longs for quietude.
"Coming Down Again" perfectly encapsulates the tone of the record, utilizing piano and keyboards. "Doo Doo Doo Doo (Heartbreaker)" was more in line with the classic Stones sound, with Jagger's vamping vocal with hints of violence in the lyrics.
The hit single "Angie" is an infectious ballad with syrupy strings and all, and Jagger's iconic vocal. Speculation about the inspiration of the song remains full of narrative red herrings.
Fuzzy guitars and echoes of the blues punctuate "Silver Train." A mid-tempo R&B pastiche, "Hide Your Love" has a rollicking piano in the tradition of Fats Domino. "Winter" is my favorite track with its epic scope and a poetic grace the Stones were capable of at their best. "Can You Hear the Music" starts out sluggish but builds into a groove. "Star Star" satirizes 1970s Hollywood, ending the record in a fit of bathos.
Mostly recorded in Jamaica, where some of the best music of the year would originate, Goats Head Soup then and now sounds like an exhausted band still finding inspiration and pushing on.
at January 08, 2023